People Here Are Called: Ilonggos Known as: The Heart of the Philippines Known for: La Paz Batchoy, barquillos, Dinagyang Festival, stately mansions, majestic century-old churches, unspoiled countryside, suman sa ibos Top Landmarks and Tourist Spots: Jaro Metropolitan Cathedral The Church of St. Elizabeth of Hungary and the National Shrine of Our Lady of Candles is simply called as Jaro Cathedral. It is the first and only cathedral in the province. Miagao Church The Sto. Tomas de Villanueva is commonly called the Miag-ao Church. The church was completed in 1797 and is famous for the artistic sculptural relief carved on its fa%uFFFDade. Famous Dishes: La Paz Batchoy Major Crops: Rice, corn, rice, bananas, sugar, pineapple a sugar, coco oil, and lime products, processed food Major Industries: Farming, fishing, tourism, trading and business Tourism Assets: Friendly people Brief History: Iloilo takes its name from Irong-Irong, the old name of the city of Iloilo, a tongue of land that sticks out like a nose on the south of Iloilo River. The Maragtas Legend tells the story of Iloilo way back in the 13th century, when Datu Puti and his fellow Datus, fled from the tyranny of Sultan Makatunao of Borneo and landed at the mouth of the Siwaragan River, now known as the town of San Joaquin, and eventually settled there. At the that time, people called the "Atis", who were ruled by King Marikudo and Queen Maniwangtiwang, inhabited Panay. King Marikudo bartered the lowlands of Panay Island for a golden hat, "saduk", and a long gold necklace, "manangyad", and other assorted gifts to the Bornean Datus. The latter then took complete control of the island with the "Atis" retiring to the mountains. It was Datu Paiburong who was assigned in Irong-Irong. Panay Island was ruled under the Code of Kalantiao, where peace and prosperity reigned for 300 years. But this was disrupted when the Spaniards came and established the provincial government. As early as 1855, Iloilo opened to the world of trade and became the biggest port in the Philippines and premier province of the country because of various economic activities. Municipio de Iloilo became a city under the Bacura Law in 1893.

The Feast of Our Lady of Candles in Jaro, Iloilo is the largest and most wealthy religious celebration in Western Visayas...

Pintados de Pasi depicts the history of Passi City and how it got its name. Celebrated from March 14-16.... 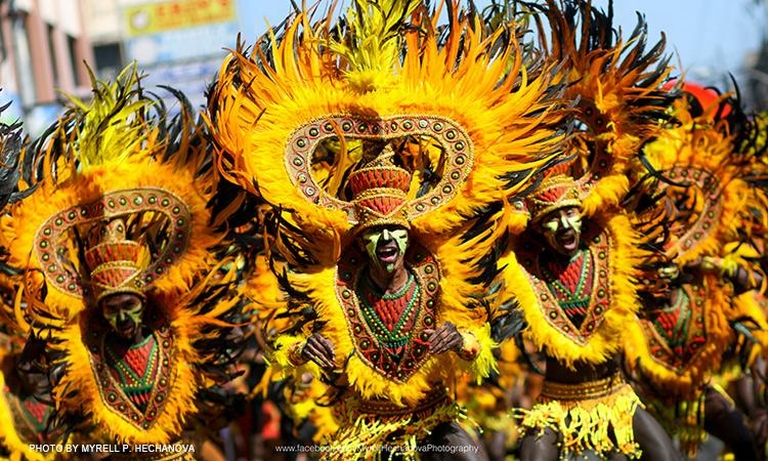 Dinagyang wich means "merry making" is a festival celebrated in honor of Sto. Nino in the province of Iloilo every 4th sunday of January. This celebra...

Feast of Our Lady of Candles

The Feast of Our Lady of Candles in Jaro, Iloilo is the largest and most wealthy religious celebration in Western Visayas....